Quality Laboratory Dental Equipment since 1936
Menu
Search
Account
Cart
Search
Skip to Content
Due to Covid 19, Wells Dental is currently open on Mondays and Tuesdays only. We will ship your orders on those days only. Thank you for your business.
Compare Products 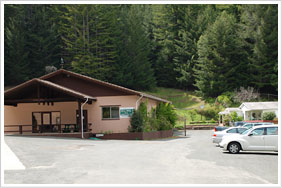 Earl Wells began his 45-year career in the dental lab industry by running errands for Morey Dental Lab in San Francisco when he was 16. The year was 1921. A year later he moved to Oakland, California where he worked for three years for Lester Clark Dental Lab before opening his own dental lab, also in Oakland.

Earl met his future wife, Alma (Smith), in 1927, and they married in 1929. Earl set up a Machine Shop in the basement of their home where he started inventing and manufacturing products for the Dental Lab Industry. Earl invented the Automatic Furnace and the Extended Pin in that first basement shop.

During that time, Earl would come up to the Anderson Valley in Mendocino County to trout fish Indian Creek and Anderson Creek. He loved the area and decided to purchase a piece of property in Anderson Valley when another property in the neighboring Comptche area became available. Earl and Alma purchased the Comptche property in 1934, and Earl sold his Dental Lab the same year. In 1935 he and Alma said goodbye to the Bay Area and moved to Comptche to start the next chapter of their lives.

Earl moved his Machine Shop into one of the old farm buildings on the property, and Wells Extended Pin & Manufacturing Company was born. Earl got the company off to a good start by inventing the Burr Chuck. Eager to get his name out, he sent one to every dental lab in the country, asking them to either return the chuck at his expense or keep it and send him the money for it. His courageous gamble worked, and the company gained a reputation for reliability and high quality from the start.

The onset of WWII made materials scarce, so in 1941 Earl and Alma moved with their two sons, Neal and Richard, to the North Bay town of Novato. Earl worked as a machinist at Mare Island Naval Ship Yards for the next year and a half. He developed a Dial Indicator for the Navy and earned a contract for 800 Pieces. Because the contract was linked to the war effort, he was able to get the necessary materials. Glad to be back on the family property, Earl and family returned to Comptche to fulfill the contract and resume the manufacturing business.

Earl spent the next two decades inventing and selling his dental lab equipment. Key milestones include patents for:

Richard Wells purchased the business from Alma and Earl in 1967. Earl retired with his fishing pole, but Alma continued to work for two more decades, retiring in 1987 at the age of 80. Richard developed the Engine Unit in 1967. He grew the business over the next 10 years and in 1976 incorporated it as Wells Dental Inc.

Wells Dental has been a family-run business from day one. After decades of growing the business, Richard made the decision to pass on the running of the company to his children, while stepping back for a much needed retirement. Over the years, all three of Richard’s sons and several of his daughters have been extensively involved in the business.

The family tradition continues to this day with Richard’s youngest son Aaron, who began his career at Wells Dental in 1990 managing the Shipping, Receiving, Customer, and Technical Services departments. Promoted to General Manager in early 2017, Aaron with his dedicated and talented crew keeps the business thriving with all of their ingenuity and hard work in the machine shop, assembly department, and office.

Truly a family company, business is healthy thanks to almost 90 years of hard work and dedication. Wells Dental Inc. continues to build on the strengths of its past: rock-solid quality and attentive customer service.